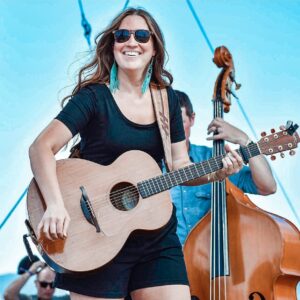 On Chasing Somewhere, singer-songwriter Michelle Rivers channels the inspiration she finds in the stunning mountains and pristine lakes & rivers that surround her little town in the remote northwest corner of Montana. Drawing from the Americana and bluegrass cannon while adding a modern twist, Rivers and an all-star lineup – including Grammy-winning bass player Barry Bales (Alison Krauss), and CMA musician of the year fiddle player Jeneé Fleenor (Cody Johnson), Grammy-winning slide guitarist Al Perkins (Emmylou Harris) – have crafted a record that is as broad, wild, and beautiful as the American West it celebrates. 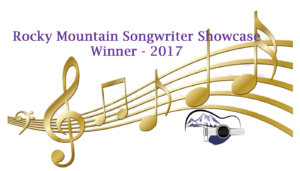 Michelle Rivers grew up in Leipers Fork, Tennessee, just close enough to Nashville to be influenced by its sound, yet far enough away to be shaped by the pristine beauty of the outdoors and the simplicity of small-town life. Her father, David, (a singer/songwriter and multi-instrumentalist), had a home studio where Nashville songwriters would frequently gather. She knew from an early age that she wanted to be a songwriter and was encouraged by both her parents to pursue her creative dreams.

After her family moved to Austin, Texas, Michelle learned to play guitar and her passion for making music grew. Upon graduating from high school, she returned to Nashville to study music business at Belmont University. Though she loved the music community there, Michelle quickly realized the competitive nature of that environment was not where she would thrive. Thinking she was saying goodbye to the business forever, Michelle transferred to Baylor University in Waco, Texas. It was there that she really grew as a songwriter. She began playing gigs on and around campus, even recording some of her songs in the studio.

After college, Michelle headed to the mountains and found herself all the way up in the northwest corner of Montana. It was there where she found inspiration for many of the songs included on her debut album, Breathing on Embers, which she co-produced with her dad. She paints pictures and tells stories that draw you into her world. Nashville songwriter John Colgin says of the album: “This is what music should be. Colbie Caillat meets Nancy Griffith, but still original.”

Michelle Rivers has been a performer at Montana’s Red Ants Pants Music Festival (2016), a two-time scholarship recipient for the Crown of the Continent Guitar Workshop & Festival (2016 & 2017), where she worked with Jim Messina & Liz Longley, and won the Red Lodge Songwriter Festival Contest (2017). Most recently, she was included in the Top 15 for a nationwide songwriting contest, Songwriter Serenade (2022). For 2022, she is performing at Under The Big Sky Festival, opening for Willie Watson and Wynonna Judd in Montana and performing at the International Bluegrass Music Association Songwriter Showcase in Raleigh, North Carolina.