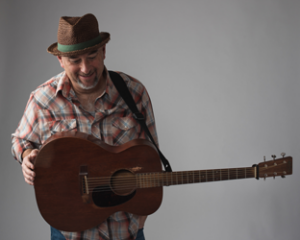 Tom Catmull is a songwriter from Gulf Coast Texas who landed in Western Montana in 1994. His earliest songs had the definite stamp of any number of three named performers from his home state(Jerry Jeff Walker, Robert Earl Keen, Willis Allen Ramsey,…you get the idea.). After seven full length recordings, several band combinations, thousands of performances and the acquision of one courderoy jacket, he now finds himself playing some of the best shows of his carreer.  He’s also playing a lot of music with his amazing band, The Last Resort! They make a beautiful noise and make small sounds and stories much larger and glorious. The Last Resort includes Travis Yost(bass, harmony), Jaime Rogers(drums) and Jesse Netzloff(lead guitar). It’s an melodic word soup made electric and delicious. Generally speaking, the style has been colored by the players he’s had the good fortune to play music with, as well as a few of those early three namers previously mentioned. Depending on the night and the room, you’ll hear some combination of country, folk, pop, shuffles, waltzes, rock and some songs designed specifically to ear worm ya. Listen when you can. Then say hello.