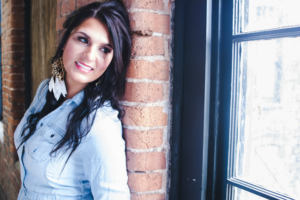 Liz  is a singer, a guitar player, a songwriter, a dreamer. Her dynamic voice is a force of nature. Just give her an audience and you’ll witness a young woman doing exactly what she was born to do. She’s always had the biggest of the big sky plans. She was either going to play professional basketball, be on the Supreme Court, or sing country music. Country music won out.

You can’t miss Liz on the web. She’s got her “Kitchen Concert Series” on YouTube and Facebook, where she reinterprets country and pop cover songs with her own distinct sassy but soulful style. One of the performances, a parody cover of Meghan Trainor’s All About That Bass, has been viewed well over 12 million times across all platforms. You can also see Liz on TV shows like Lunkerville (The World Fishing Network and NBC Sports) and on Spiritual Outdoor Adventures (The Hunt Channel and The Pursuit Channel) where the pretty blue-eyed Missourian can be seen reeling in big-mouthed bass and shooting white-tailed deer.

Onstage, Liz is 5 feet, 7 inches of total commitment. Her carefully-curated live show zig-zags from red-dirt to country-soul to Stonesy rock, with Liz driving her top-notch touring band with joyous abandon. Liz is a favorite on the NASCAR circuit, burning up stages at the speedways at Bristol, Charlotte, Chicago, New Hampshire, Michigan, Texas, and Kentucky.

In 2019 Liz will be releasing her fourth EP with Disney Record Producer, Johnny Dibb. On this project she continues to build on the promise of her previous three CD releases.

Liz Moriondo doesn’t know the meaning of the word “halfway.” She doesn’t just want you to hear her, she wants you to feel her. Get Liz on your playlist, and you’ll be pushing repeat.