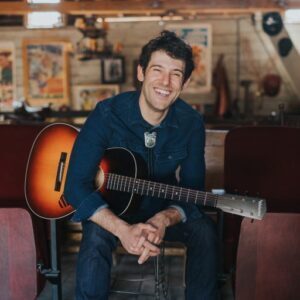 “Americana songwriters are a dime a dozen these days, but few are writing songs like Jackson Emmer.” – Rolling Stone

Jackson Emmer’s lyrically playful and intimate Americana style is as gleeful as it is irreverent. Combining an authentic country spirit with an honest and modern perspective, Emmer connects with listeners in the time-honored storytelling tradition. ​

​His songwriting is often compared to that of John Prine, Townes Van Zandt, and Guy Clark. Emmer has performed hundreds of shows around the country, sharing the stage with Leon Bridges, The Suitcase Junket, and Gill Landry (Old Crow Medicine Show) and many others. He’s now touring nationally in support of his ​2018 release “Jukebox,” via Lost Honey Records.